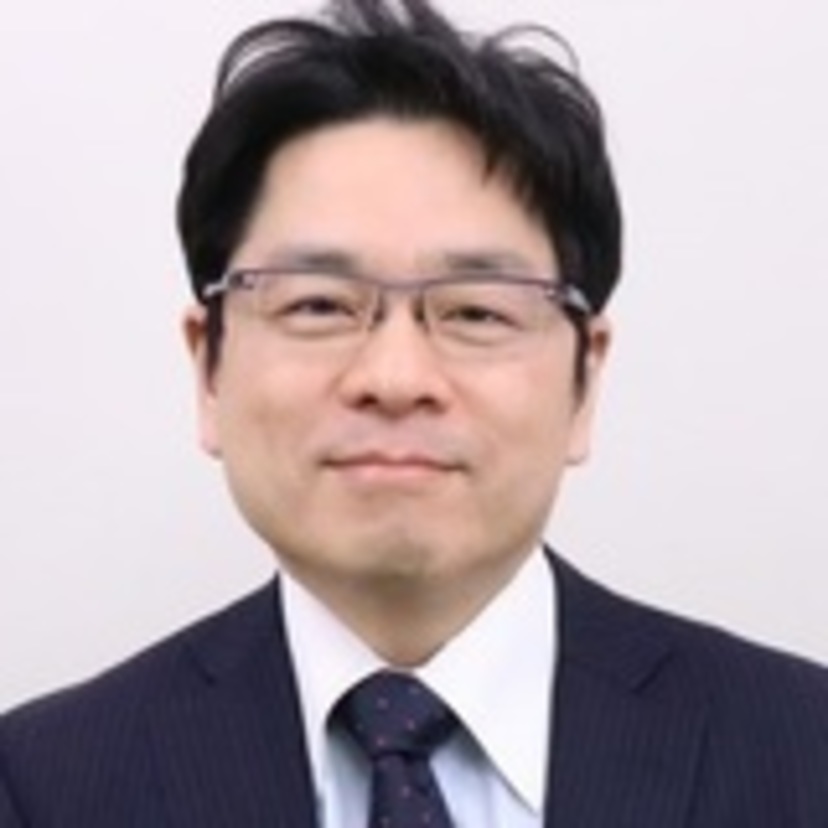 What we must do now to “Pave New Ways to the World”.

Globalway is an innovative company that drives five core businesses under the mission of "People and Technology for a New Era".

● Off to the U.S.A., inspired by Hideyo Noguchi
● Learned business the hard way
● IPO and Reverse Road Map
● Second founding phase
● Web 3.0 services
● Build a business that can live beyond my time
● Take on challenges and contribute to transform the world

Globalway is an innovative company that drives five core businesses under the mission of "People and Technology for a New Era". Since its IPO (Initial Public Offering) on the TSE Zothers Market in 2016, the company has grown in size to over 100 employees. In 2021, its market capitalisation surpassed 70 billion yen, best ever performance in its history. 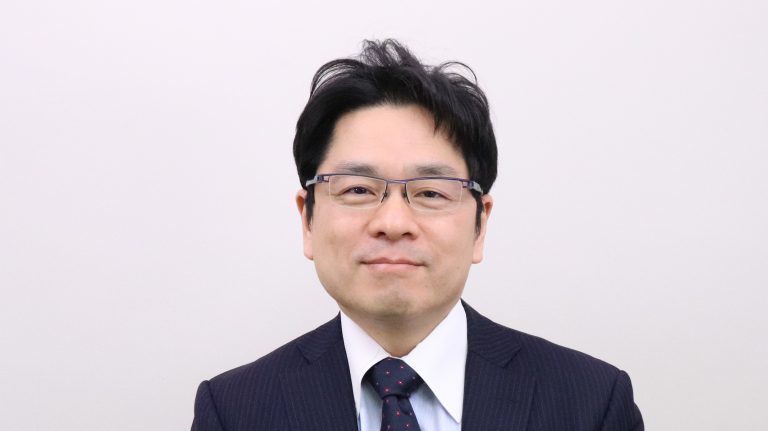 Mr Masato Kakamu, the founder and chairman of the company, talks about how and why he created the company that he named Globalway, meaning “Pave the Way to the World”, and where the company is going now.

Prior to running his own business, Masato was involved in algorithm trading and risk management systems at UBS and the Deutsche Bank. He then worked for an American enterprise software company webMethods (currently Software AG) as sales manager where he made the outstanding accomplishment of becoming the top sales person among all the branches around the world.

In 2005, Masato founded Globalway and led the company to a listing on the TSE Mothers Market in 2016. The company achieved its best performance for the financial year 2021 and its market capitalisation surpassed 70 billion yen.

Off to the U.S.A., inspired by Hideyo Noguchi

“In my childhood, I was crazy about baseball. In junior high school, I was the third batter as well as the captain of our team. We won the prefectural championship. After that, I decided to go to private boarding high school as a baseball scholarship student as I wanted to devote myself to baseball. My dream was to compete in the National High School Baseball Championship but it did not come true so I decided to become an entrepreneur.

Both my father and grandfather were company owners, so I always thought I would also run a company one day. The problem was I didn’t quite know what exactly I wanted to do. One day I remembered the biography of Hideyo Noguchi that I had read as a child and decided to go to the U.S.A. to explore my opportunities. It was just around the time that companies like Microsoft and Dell were coming into the world.

I thought it would be a good idea to start an IT company, so I decided to go to the University of Washington's School of Business where I could learn about finance and computers. At the beginning, I had to spend almost all my time studying. Once I got used to my routines, I wanted to save money for my future business so I started a small business exporting second-hand clothes to Japan. Many of the vintage items that I exported at that time, including some famous brands such as NIKE and LEVI'S, ended up in the shops in the area called Uraharajuku.”

“After graduating from university, I returned to Japan in 1997 and joined UBS Securities, headquartered in Switzerland, as an engineer. I thought it would be useful to gain some work experience as an engineer as I wanted to set up an IT company. I also thought practical experience in advanced mathematical analysis would be useful so I decided to get involved in developing applications for stock analysis.

I then worked for the Deutsche Bank where I was involved in algorithmic trading as a trader with IT skills. My salary as a trader was around 14 million yen.  At the age of 26, I thought it was time to start my own business, but realised that I only had 3 million yen. I also asked my friend to look at my business plan, he simply said, "this is no good".

His words made me think that I needed to gain more specialised skills and re-learn business.  At the age of 27, I decided to work for webMethods to expand my social networks and to save more money. webMethods was a high-profile software start-up in the U.S.A. at the time and the job gave me opportunities to learn about sales and marketing. Even though the starting salary was six million yen, less than half what I used to get as a trader, I was totally thrilled.

The previous jobs at the foreign financial institutions were tough enough but the job at webMethods wasn’t any easier. As a regional manager, I sold software worth tens to 100 million yen or more. When I became the top sales person among all the branches around the world, my salary went up to 75 million yen.”

“My turning point came when I ended up in hospital with a high fever due to a serious bacterial infection. Prior to that, I was forcing myself to go on business trips overseas despite a lack of sleep and poor health. I was horrified when the doctor told me that he almost had to amputate my leg. This incident made me realise that nothing can be achieved if I don’t have good health. This also applies to the employees that I have; their health matters.

It was around that time that the ideas for the company review site “Career Connection” were popping up in my mind. While working for the foreign-owned companies, I noticed work culture differences between Japanese and Western companies. While studying in the U.S.A., I was inspired by people achieving their dreams through hard work regardless of race, background or age. While corporate Japan provides a sense of security, the system does not allow individuals to be empowered, which creates a lot of stress for people. I wanted to do something about that.

When I finally had enough money, I also felt ready for challenges so I started my own company in 2004. However, the people around me were very sceptical about my decision and said, "You must be crazy giving up such a highly paid job!" In reality, I had to work for nothing for the first year and cash was disappearing fast.

However, I had no regrets about starting my own business as I had already mapped out my plans and was working backwards based on the plan. According to my reverse road map, I was supposed to start my own business at the age of 30 and make impactful contributions to society at the age of 40. The reverse road map kept me on track and I managed to list Globalway on the TSE at the age of 43. However, I know that I couldn’t have done all of these by myself. In that sense, I’m truly grateful to my business partners and employees who have supported me throughout my way.” 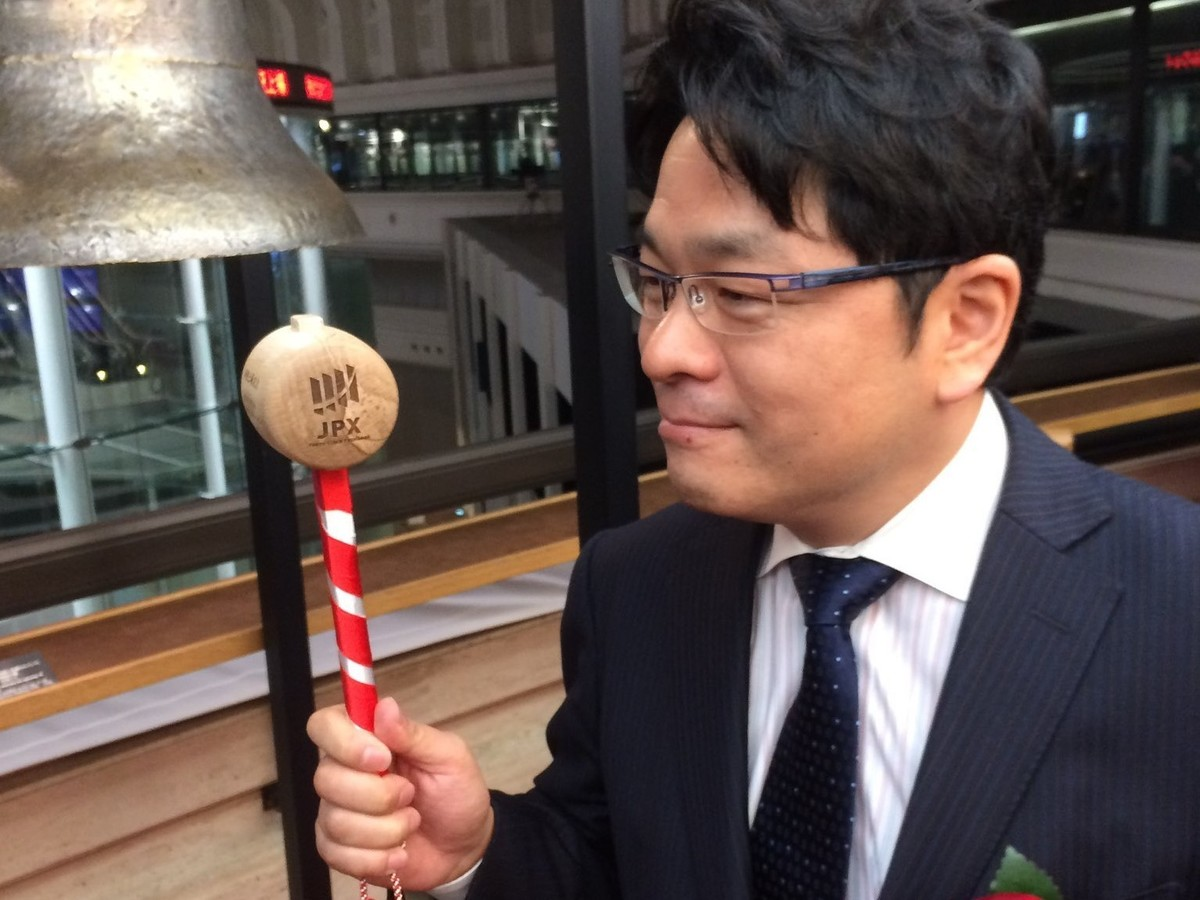 At the time of listing, at the Tokyo Stock Exchange

“Globalway was named in the hope that one day we would like to become a global company that can make a powerful social impact. We have adopted the best practice of the foreign-owned companies I worked for in terms of remuneration and work-life balance. We are also celebrating ethnic diversity by recruiting foreign employees.

However, as the company grew in size, more and more things went out of my control. Although our sales were growing, additional challenges were created as our business model, organisational structure and the skills that we needed were changing all the time. The targets we set were no longer at the level that I could achieve on my own.

Since the company was listed, there were times when we had to change our policies on overseas investments and services that we provide for businesses. Also, growth in some existing businesses was lower than expected. The environment around information technology has also changed a lot since I started the company. We have seen new services using cutting-edge technologies such as AI and blockchain coming into the world.

Our business needs to grow by adapting to the new business environment.  We must look at what is happening now in light of what we aim to accomplish as well as focusing on growth areas. We are now in our second founding phase and are determined to “Pave New Ways to the World”.

We now have a newly structured company, with the new CEO of Globalway, Mr Yoshikazu Koyama.  Mr Koyama was one of our core members who helped to lead the company to the listing and he came back to join us again after working for a foreign-owned consulting firm. Empowering Mr Koyama’s proven leadership skills, I decided to step back and take support roles as a chairman while mentoring young management teams.” 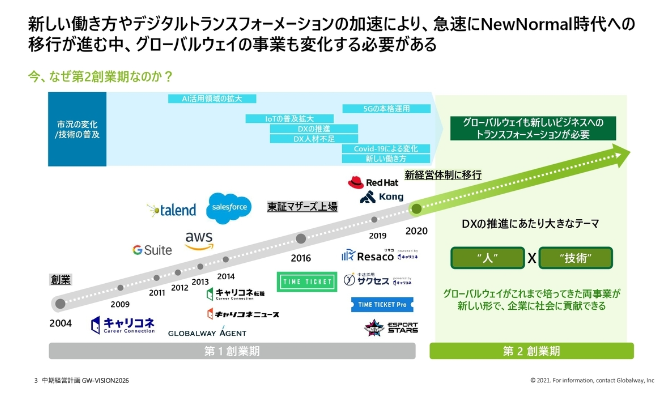 “After stepping back from the position of the CEO of Globalway, I decided to devote most of my resources to TimeTicket to grow the business further. I also decided to launch TimeTicket GmbH’s Web 3.0 business.

TimeTicket is a pioneer in the 'skill-sharing' sector of the sharing economy in Japan. Since it was spun off from Globalway in 2019, the number of users has continued to grow, benefiting from the synergies created with Globalway, and it now has 700,000 users. We are stepping up our efforts to establish a platform not only for customer-to-customer (C2C), but also for consumer-to-business (C2B) and business-to-consumer (B2C), which allows individuals to provide value directly to businesses and to have their skills fairly evaluated.

Recently, as the next-generation technologies, such as blockchain, NFT and metaverse, have been gaining more traction, TimeTicket's Swiss subsidiary, TimeTicket GmbH, has started to provide Web 3.0 services using blockchain, cryptocurrency and the creator economy. It has started developing an online game-player matching platform “GameTomodachi” on the blockchain. GameTomodachi is not only targeting the Japanese market but also countries in South East Asia, where online gaming is popular.” 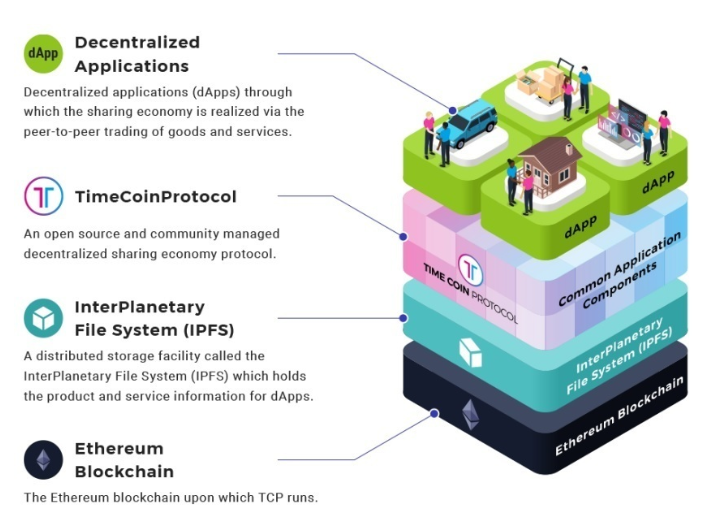 Build a business that can live beyond my time

“As a company, we would like to help people live a happy life. Globalway aims to enhance work life while TimeTicket aims to foster autonomy and individuality. My goal is to build a trusted brand that is appreciated by one billion people. It’s not about getting many users on board; the most important thing is to create a service that many people want to use.

My motto is "Be a Maverick Innovator". This was also Globalway's corporate philosophy when I was the CEO. This motto comes from my desire to be an innovator, someone who is always willing to take on challenges and keep creating ideas for new services and business.

With this motto in mind, our goal is to expand our group networks around the world. TimeTicket GmbH is already expanding its business overseas, especially in South East Asia. Adapting to changes in technology and trends, we want to create a business that is not only socially meaningful, but also appreciated by many people.

It is also important to support and mentor young entrepreneurs and managers who can, one day, take over what I aspire to do. We want to invest in and support entrepreneurs who can lead our society in the right direction.” 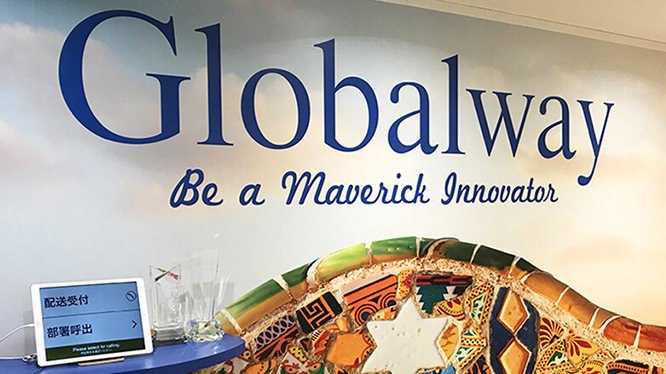 Take on challenges and contribute to transform the world

“My motto "Be a Maverick Innovator" is embodied by the Spanish architect that I admire, Antonio Gaudi. Antonio produced many pieces of unique architectural creations, characterised by their colours and curves.

The Sagrada Familia (Church of the Holy Family), which he devoted his life to create, has been faithfully continued to be built by the next generation of craftsmen after his death. I want to create something similar to that, something that I started and that can get passed on to future generations.

The world is changing all the time. I want to contribute to transform the world, both as an innovator and as a supporter of innovators who drive transformation.” 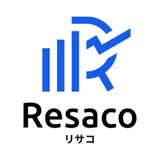 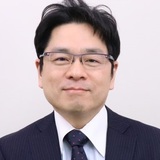 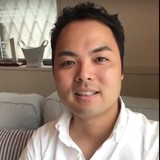 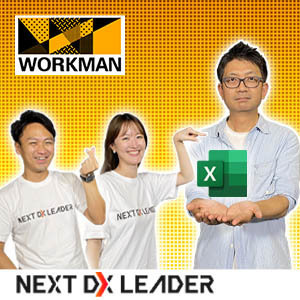 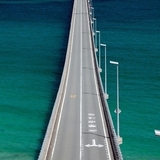 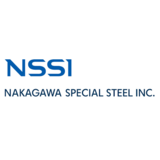 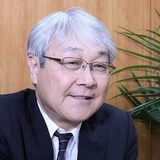 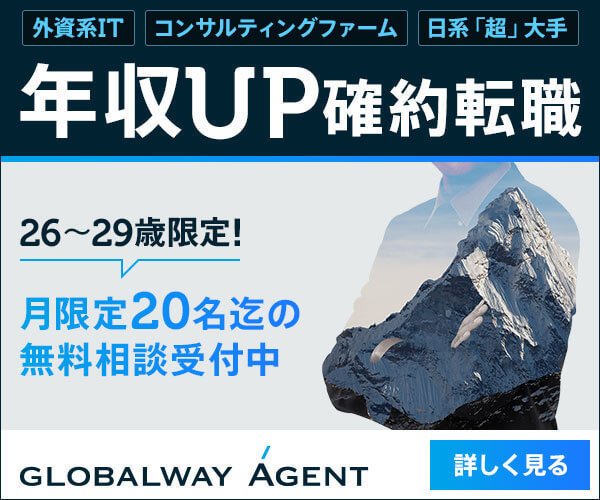 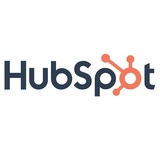 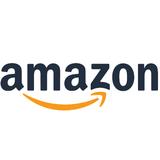 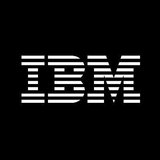 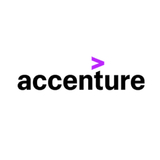